My birthday cake have originally chocolate, lots of it! In general this fluffy, big, multiple layer cakes were not my favorites. They usually had too much sugar, too sweet frosting, everything was ‘too much sugary’ and in the end I was getting the filling that the only thing I tasted was sugar sugar sugar. As if there was not too much sugar the cake wouldn’t be good enough. I couldn’t ever finish a single piece and after a while I stopped even trying them. So I tried to experiment with making less sweet cakes, trying to give them some taste, aroma and spirit than a flat sugar cake..here’s a try!

Instead of the spices and liquor you can add a small cup of some cold espresso, but that’s another recipe… 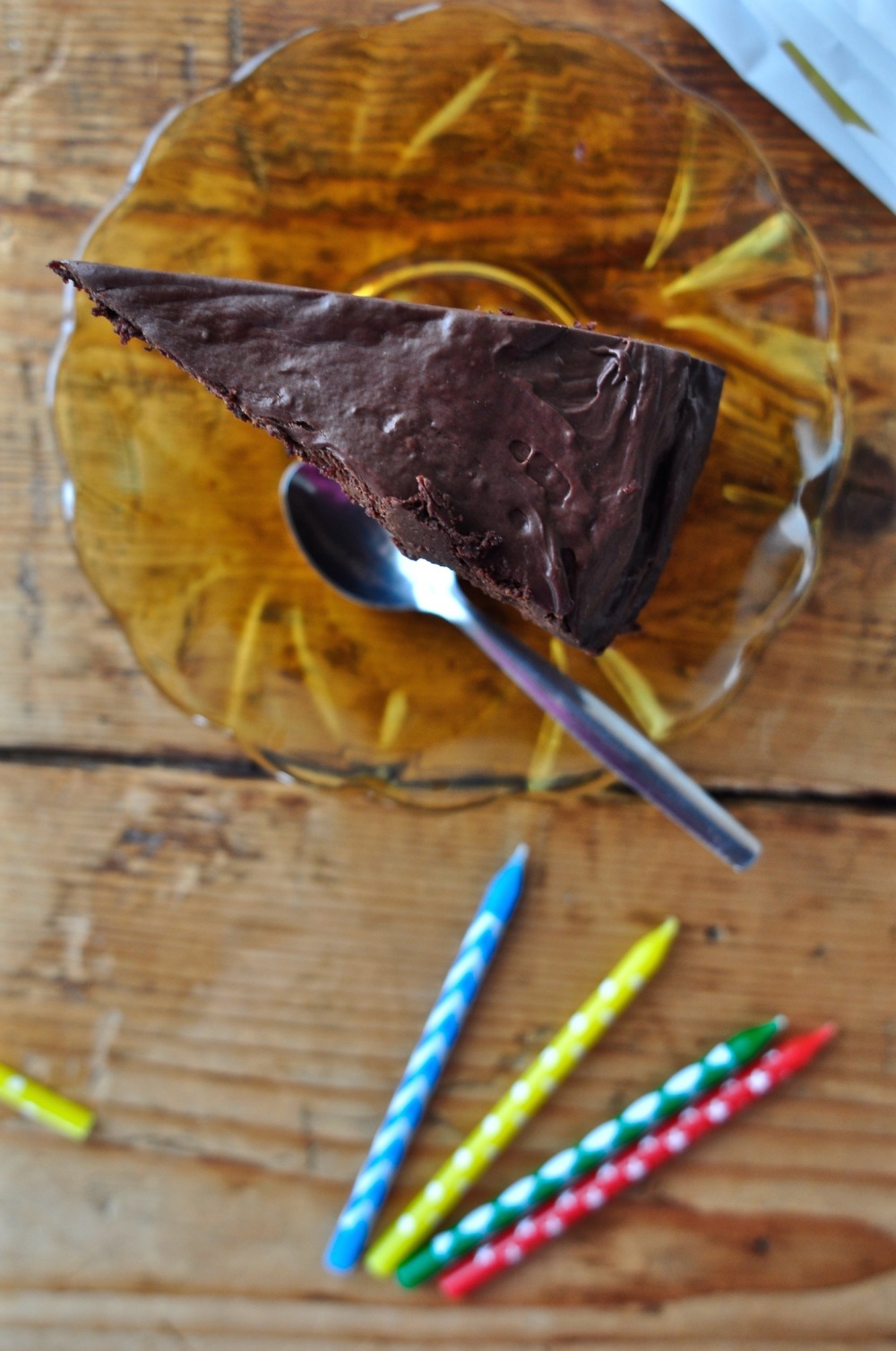