An apple a day keeps the doctor away, who gave the apple to whom, who took the first bite, the apple never falls far from the tree, she’s apples and so many other stories. Apple is maybe the most modest fruit of all. However, it has inspired many artist (think of all those paintings with an bowl full of apples laid on a table), it’s a basic source of nutrition for healthy babies (remember all those apple fruit baby cremes tour mom made?) and it’s the basic ingredient for delicious sweet or savor recipes. Here in the Netherlands apples have a starring role in peoples’ diet. People eat apples everywhere; in the office while typing an email, on the bike while cycling with a baby on the back seat in a rainy day, in the train reading a newspaper, at the gym after the last stretching. Green, red, yellow.. all kinds of them 🙂 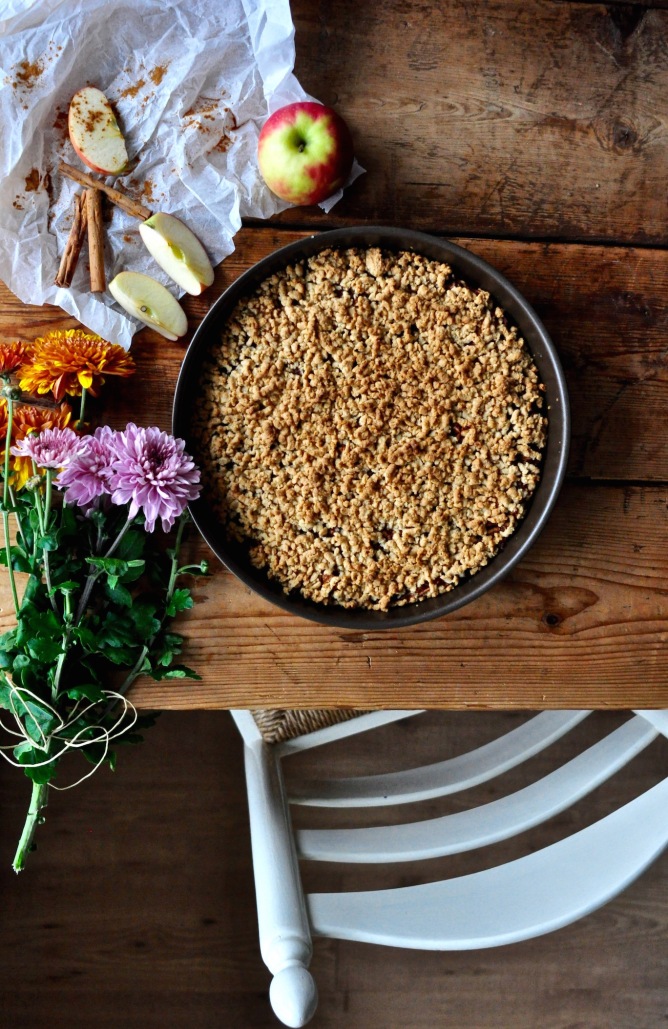 For the apple mixture

Some extra cinnamon and some powder sugar to serve.

For the apple mixture 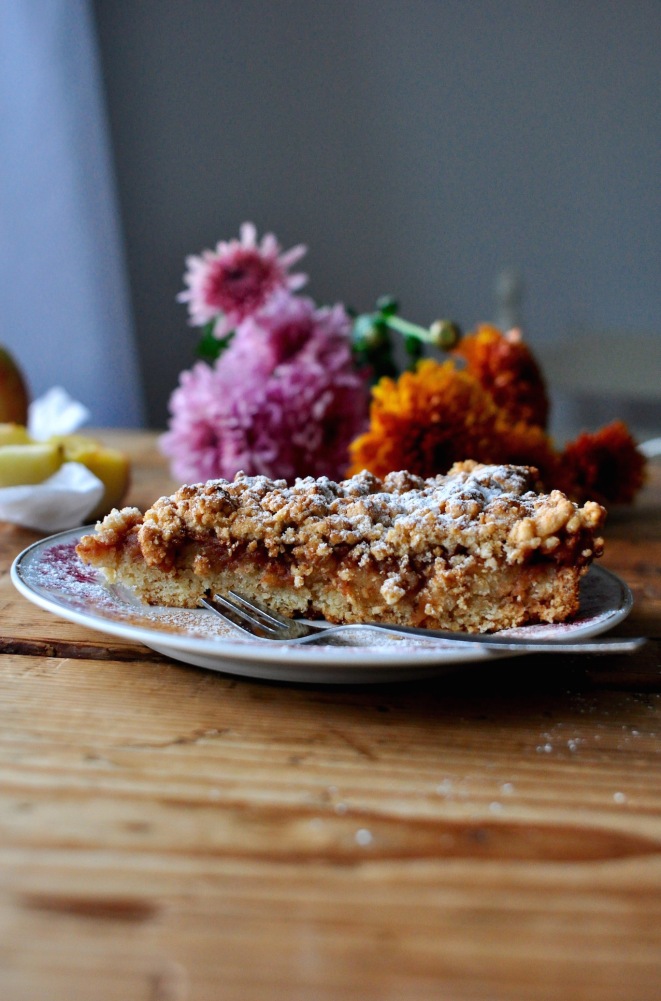 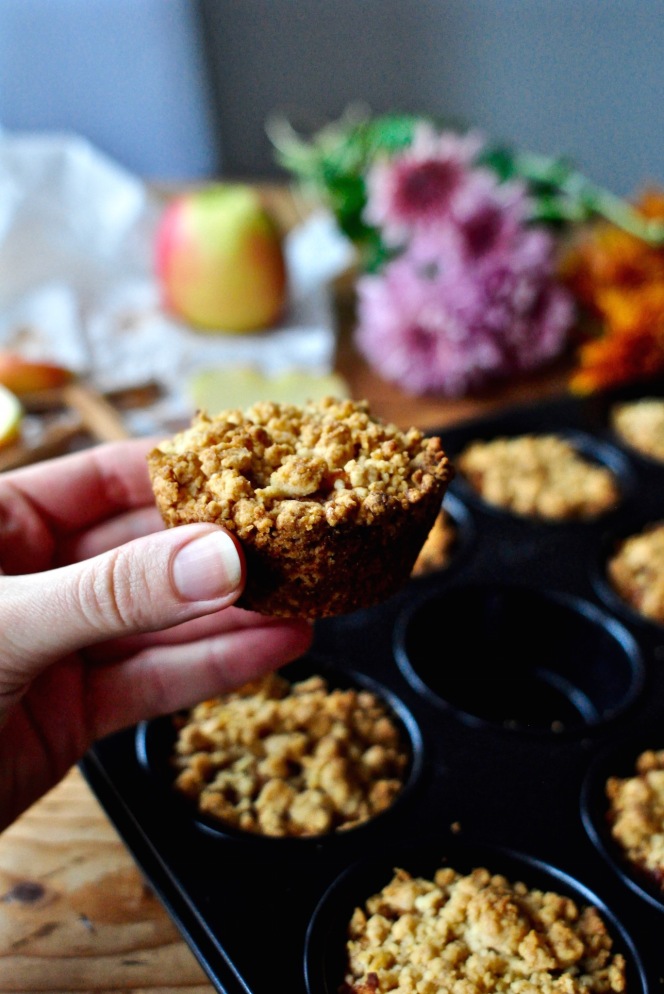 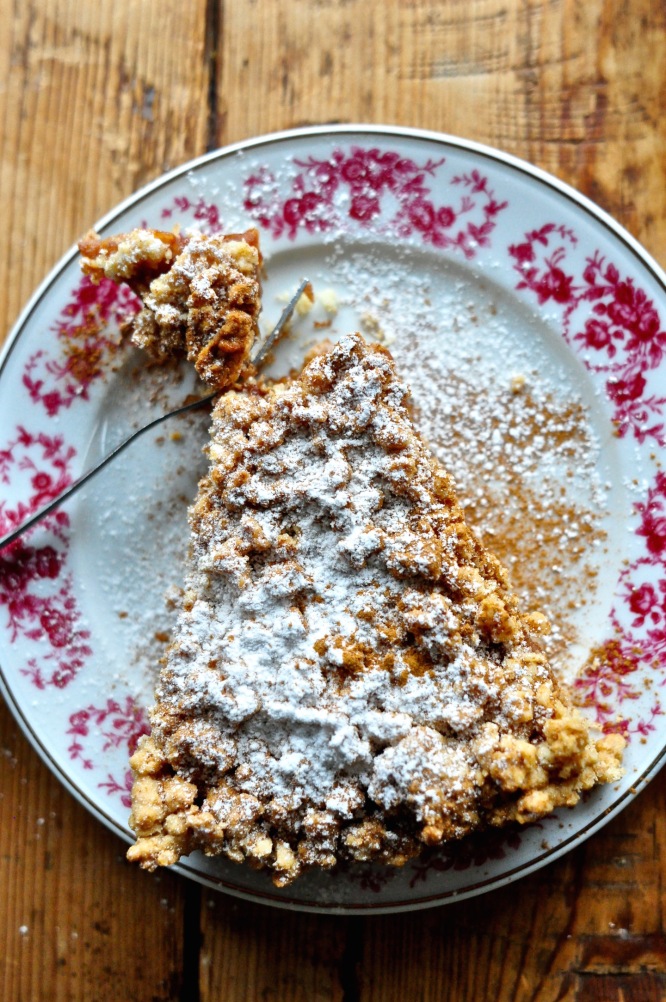 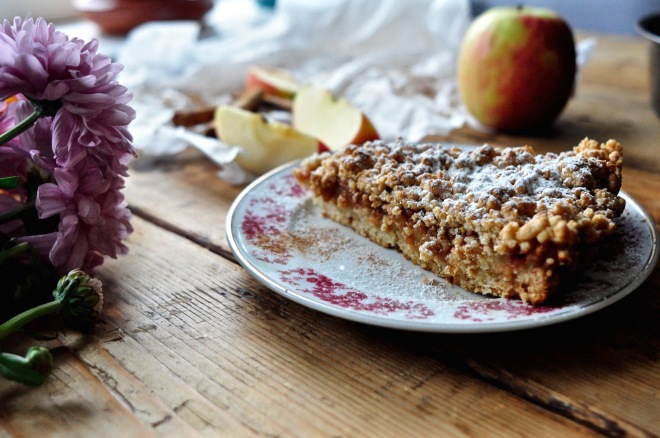 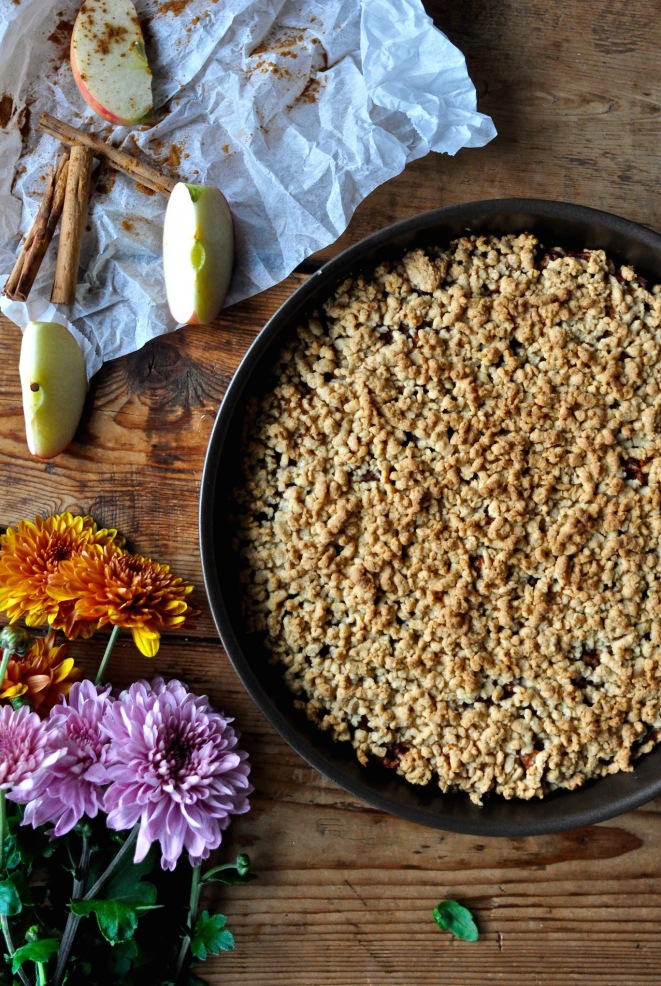 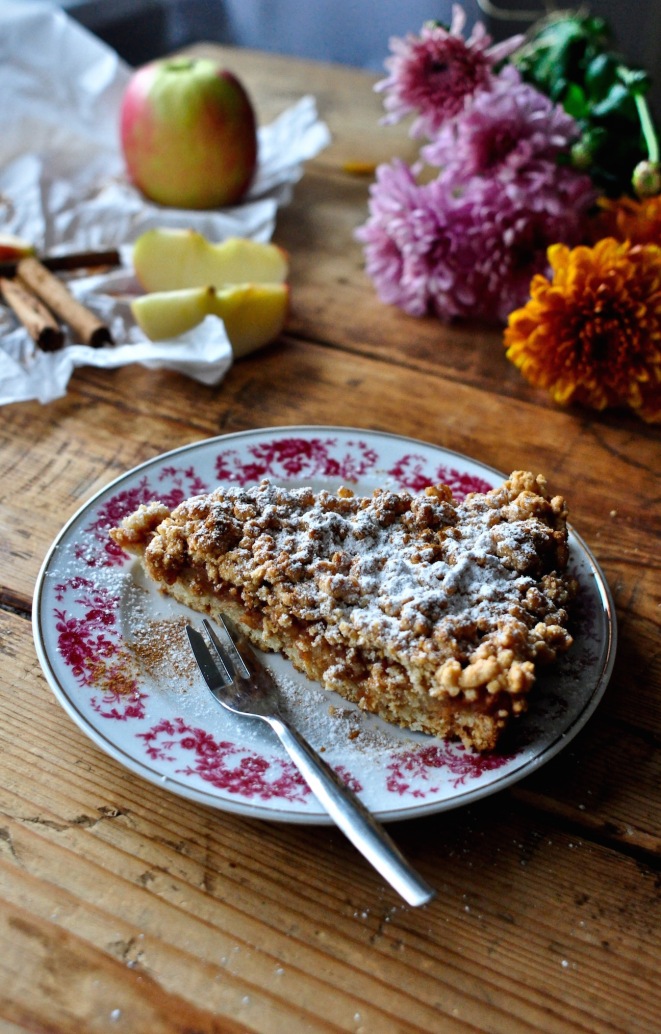